Flush it Out on POP SEFF 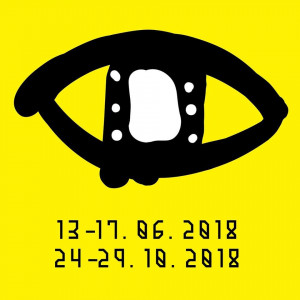 Likvid's video Flush it Out made by Marian Vredik and Jana Hirnerova  was qualified to the final of POP SEFF competition - organised as part   of June edition of Szczecin European Film Festival'18, which will take   place on June 13-17 2018, in Szczecin / Poland

The  Szczecin European Film Festival. The festival's organisational form  is  international – the event is headed by two directors (one from Poland   and one from Germany), a Polish-German committee is responsible for   selecting the competition films, and the organisers are Poland's   OFFicyna, as well as a network of Polish and German partners. Every   autumn, the festival takes place in Poland and in chosen locations in   Germany. The festival's core is the European documentary film  competition, which  features films produced no later than the year  previous to the current  edition. This way, the viewers are presented  with a cross-section of  modern European documentary art. The Program  Committee seeks out, first  and foremost, productions that aim to  explore the formal and/or thematic  borders of film. Productions that  represent the traditional art of the  documentary are also relevant. The  creative tension between the  traditional and the avant-garde is an  important element of the  competition. Szczecin European Film Festival  is the annual one-week movie  celebration: a European documentary  competition and several dozen other  festival events, such as  retrospectives, film premieres, meetings with  the filmmakers,  trans-border discussions, and the meeting of Eastern and  Western  cultures. The festival has been visited by many guests,  including the  filmmakers Maciej Drygas, Jacek Bławut, Paweł Łoziński,  Volker Koepp,  Rainer Komers, Jolanta Dylewska, Anna Ferens, Michał  Dawidowicz, Jacek  Bromski, Birgit Acar, Cecilia Lidin, Kamil Kuskowski,  Marcin Koszałka,  Dorota Roszkowska, Przemysław Lewandowski, Róża  Romaniec, Adam  Ustynowicz; as well as journalists: Adam Krzemiński,  Sławomir  Sierakowski, Piotr Semka, Jakub Socha, Tomasz Raczek, Bartosz   Żurawiecki. The project is co-financed by the City of Szczecin, the  Minister of  Culture and National Heritage, Polish - German Foundation  for Co -  operation, the Marshal's Office of the West Pomerania  Voivodeship, the  Polish Film Institute (PISF).